Martina Cole on strong women in her books

‘I think my readers like the strength of my female characters. From Maura Ryan in my first book, who changed from being just an average girl, living an average life, into a woman who took over part of gangland London, to Reeva and Jade from Betrayal, who are women who are trying their hardest to live in a world where everything is against them, what connects all of my women is the fact that they are strong in the face of adversity’

From the creation of her first leading female character, Maura Ryan, in her debut novel Dangerous Lady, Martina Cole has packed her books full of incredibly strong women. Joanie Brewer from The Know, Briony Cavanagh in Goodnight Lady and Lily Diamond in Close, are just some of Martina’s tough ladies who have always been at the centre of her writing. Sometimes their strength is for the greater good and sometimes it’s for the bad. Angels or devils, Martina’s women are always forces to be reckoned with!

‘When I first started writing in the 80s, female leads in novels tended to be very beautiful women working in fashion or film, and their stories revolved around their fame in these roles. When I wrote my first book, Dangerous Lady, I wanted to do something different, to put a woman in a man’s world. So I put my female lead character in the criminal underworld of Notting Hill in London’

When Martina began writing her stories, she really wanted to write about women who found themselves in difficult or extraordinary situations. Her focus was on writing about women who were different to the many heroines found in the novels she was reading at the time. She is often asked why her female characters are so special and memorable to her readers and Martina thinks it’s the fact that they are women who find themselves in unexpected situations that drastically change the way they live their lives and how they think. Martina’s strong women are always pushed in a way that allows them to discover their limits and what they are capable of.

‘Often the women in my books start off in a world where not a lot is expected of them beyond growing up, getting married and having children. But then something extraordinary happens to them and they have to find hidden reserves. They have to find a strength that they didn’t know they had. Or, in other cases, some of the women in my books decide that their lives need to be changed and they set about changing them themselves. I think that’s probably the secret behind my strong women’ 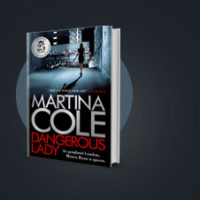 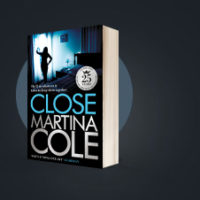 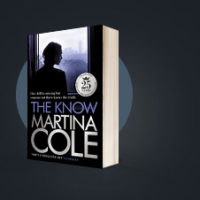 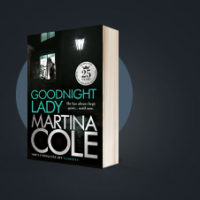