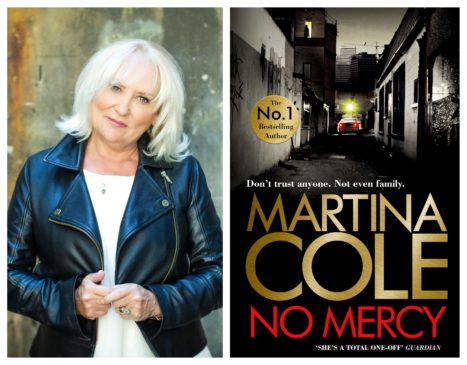 Martina Cole’s first novel Dangerous Lady caused a sensation when it was published, and launched one of the bestselling fiction writers of her generation. Twenty-seven years later, Martina has gone on to have more No.1 original  fiction bestsellers than any other author. She won the British Book Award for Crime Thriller of the Year with The Take , which then went on to be a hit TV series for Sky 1.  Her new novel No Mercy is published by Headline in October.